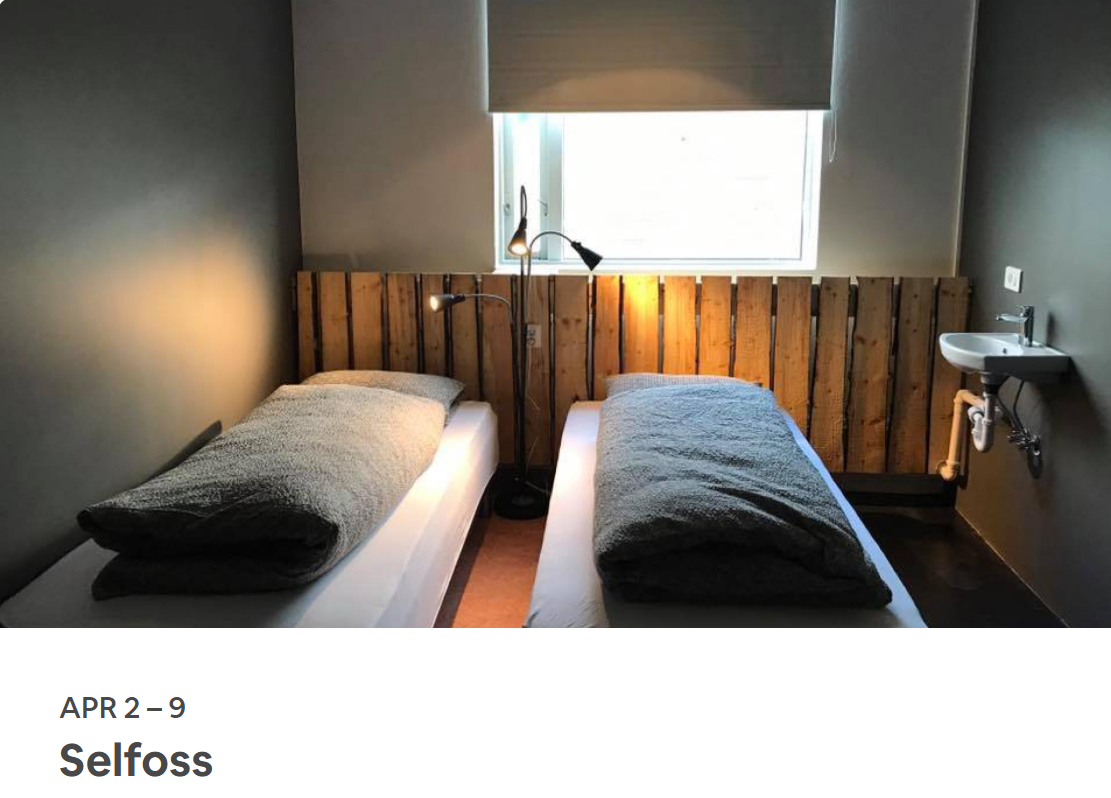 It’s a quick 10 day stop before heading to our homebase of Paris.

Wikipedia facts:
Selfoss is a town in southern Iceland on the banks of the Ölfusá river. It is the seat of the municipality of Árborg.

Fun Facts: Although “foss” means waterfall in Icelandic, there are no waterfalls in the town.

Selfoss is the town in which the former World Chess Champion Bobby Fischer is buried.

Background:
Selfoss was settled by Þórir Ásason sometime after 1000; however, the Icelandic sagas mention that Ingólfur Arnarson was here during the winter of 873-74 under the Ingólfsfjall mountain, which is west of the Ölfusá river.

In the summer of 1891, due to the lobbying of Tryggvi Gunnarsson, a member of the Alþing, the first suspension bridge was built over the Ölfusá. This was a major breakthrough in Icelandic infrastructure. The bridge made the town a logical centre for services for the surrounding agricultural region. The current bridge was built in 1945 after the original structure collapsed.

In 1931 the dairy firm Mjólkurbú Flóamanna and general store Kaupfélag Árnesinga were established. These two companies were the main employers in the area for several decades. During World War II the British stationed troops at Selfoss to guard the strategic bridge.

Trip in Review: Our Favorite Meal