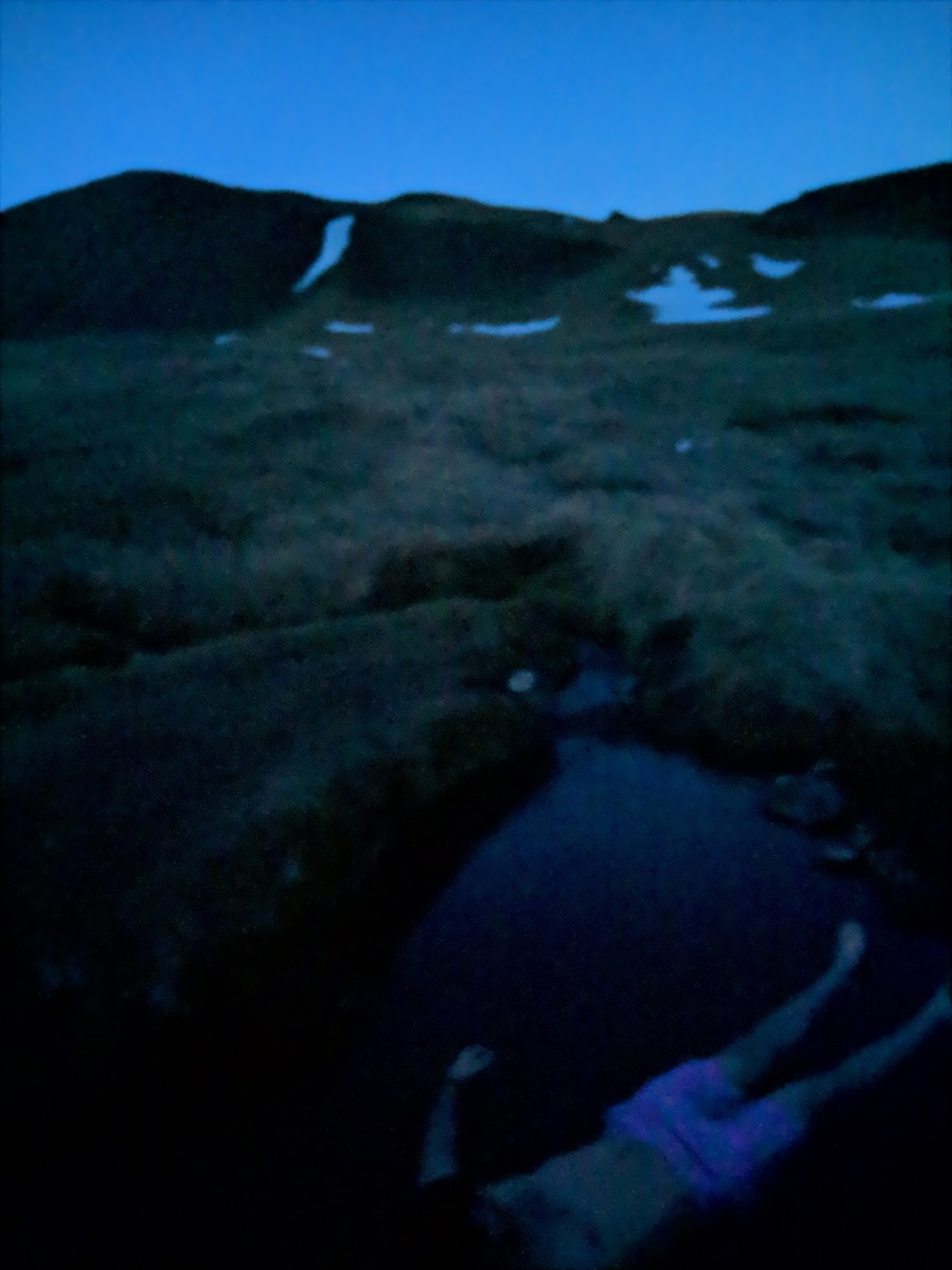 There is a “but, actually” about mid-way down that turns this blog post from an overly detailed analysis of an adventure into an acknowledgment of what this night really was for me.

My preference in the past has always been to prefer experiencing life rather than collecting objects.  Prior to Elizabeth this meant solo trekking all over the world in pursuit of those experiences with a strong preference of enjoying those experiences in as much solitude as possible.

I’ve slept on top of an SUV in Archs National Park to watch the stars and so I could see the sunrise without any company; I’ve driven hours extra on little sleep to go cliff jumping in the winter when the chances of having people around was greatly reduced; I’ve hiked through a high desert plateau and into a gorge to soak in a hot spring assuming it would discourage others from also being there. The list goes on, but the point is: I like soaking in the outdoors and I am comfortable / rather happy with solitude.

As you all know, that all changed with Elizabeth.

Because of that change, I got to experience something that has long been on my “life list” with the company that I enjoy as much as my silence – with my wife.

On that life list was to combine two experiences I deeply loved with one experience I had yet to see – to soak in a natural hot spring under a star filled expansive sky in the middle of nowhere and watch the Northern Lights.

Elizabeth, being the amazing partner in life that she is, started helping plan this life list months before our trip.  She found an app that gave a ton of detail and assistance in seeing the Northern Lights. It had an index indicating how likely it was to see the Northern Lights on any given night; it displayed cloud cover, percentage chances of success, where the lights currently were and how dense they were. She kept note of what time of night they were most likely over the months and militantly observed  the weather.

Meanwhile I started figuring out which hot spring in Iceland would be best to soak in late at night as we watched and waited. I decided upon Reykjadalur Hot Spring for its distance from any light-pollution city lights, it’s perceived difficulty to access and isolation.

If we had experienced Hrunalaug, we may have gone there instead for the simple fact that we both fell in love with Hrunalaug.  However, there are factors that may have made that location less than ideal. Namely that on our second trip to Hrunalaug there were a bunch of kids who came in right at sunset and who could have potentially impacted our evening.  Additionally, Reykjadalur was only a 20 minute drive from our hostel which made a big difference since we didn’t even drive towards the spring until 10pm and didn’t get home until well after 1am.

Technically, Reykjadalur is a roughly 2 mile hike from the parking lot. However as we were scouting out the location earlier in the day I realized that there were hotpots (which is what they call areas in which 100+ degree water boils out of the ground) all over the area.  With that knowledge in hand we searched around for a confluence of a hotpot runoff and an ice cold mountain stream. The naturally forming pool we used was perhaps 2 feet deep and all natural – no lining on the bottom, no well laid stones – just different temperature waters mixing, grass and muddy banks surrounding, surrounded by mountains and capped with a star filled sky.

I’ve included a map that shows where the two converged and where we spent multiple hours in the middle of the night. It was off the main path, in the middle of nowhere – so in short, it was perfect

So, Reykjadalur it was! And how perfect of a choice it ended up being.  Elizabeth identified the best possible evening to see the stars and the lights based on her weather forecast and Arora tracking.

We hiked into up the main trail and then veered off to follow the warm stream until we hit the little pool we planned on seeping in for the night.

The thing is…I could ramble on with the minutiae of that night. Of the temperature of the hot water spring coming in from the west side of this little natural pool that was just a little to hot and of the coldness of the cold water side of melting snow from the other, of floating around the pool, of talking for hours and the Northern Lights lighting up the sky and of a shooting star that broke into two (that’s even a thing?!).

But the “thing” I remember the most was the feeling of the night.

I don’t “do” celebrations well – since I’ve been 18 or 19 I’ve never celebrated a typical life accomplishment or the start or success of a company. I spent my 21st birthday mowing the lawn for my family, I spent my 30th birthday working a consulting gig so I could put new windows in the house for my family; business success’ and personal life moments take a second seat to the necessities of caring for those I love.

I finally graduated with a college degree barely two weeks before we left on the trip – something I had put on hold and had been on my Life List to complete.  And Elizabeth is the one who helped me coordinate and schedule that process.

Elizabeth is the one who veered directly to the duty free store when we got off the airplane after landing on our first leg to find and purchase a bottle of champagne.  Because for me, I wanted to “celebrate” graduating college with the love of my life, in a hot spring, under the stars, watching the northern lights.

So Elizabeth ensured we had a bottle of bubbly to pop in the hotspring. Elizabeth happily and cheerfully trekked out of our hostel at 9pm, drove with me to the middle of nowhere, hiked in the dark which scares her a little, stripped mostly naked in the freezing Icelandic steppes, and hung out with me.  Not grudgingly, but joyfully and lovingly.

We saw shoot stars. We watched constellations move across the night sky. We saw the aurora glow.  We floated around a pool of naturally mixing waters and passed a bottle of bubbly. Our fingers got pruney and hours later we walked out.

The springs, the night sky, the stars that filled the sky, the Northern Lights — it was powerful and beautiful and awesome to behold and truly a unique life experience for me. And doesn’t hold a candle to my gratitude for my partner and my wife; for understanding what I am, for appreciating what I do, and for being, as she puts it “all in”.