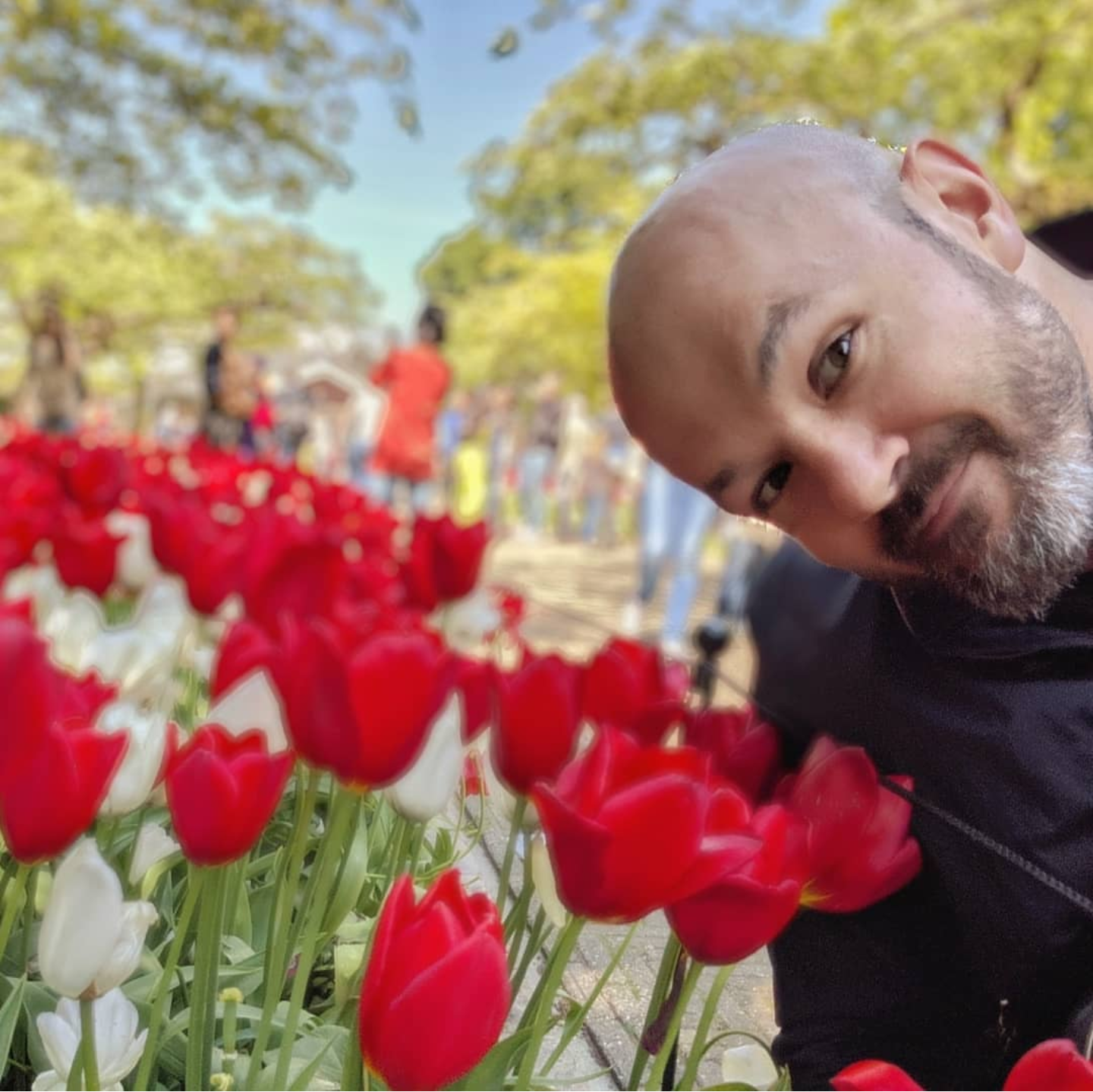 Everyone has their thing.

Footballs fans on the gridiron with their pigskin (Source). Those well financed travel bug types following the Grateful Dead on tour. Some people love their bridge clubs.


For me? It’s all about the flowers, baby!

Nick’s big brother came to visit us Paris and during that whirlwind tour we made it to Amsterdam with a side trip to the Keukenhof gardens.

Keukenhof is a flower garden spread over 79 acres of land and incorporating nearly 7 million bulbs, 100 sculptures, 50 different gardens, a maze (not a labyrinth folks), and more twisting paved trails and secluded benches to count.

7 million bulbs! That’s one bulb for every three people in Gibraltar!

Obviously, this was a stop Nick was not going to miss. Shoutout to Jenna for the recommendation!

Keukenhof, meaning Kitchen Garden, was originally used as a grazing land for mammoths. Fast forward to the 1400’s and Keukenhof was the source of mostly herbs and some vegetables to supply the nearby castle – Keukenhof Castle.

A bunch of typical Game of Thrones-esque upheavels later and Keukenhof as we know it today was formed by 10 local flower merchants to increase the reputation and exposure of the flowers in this region.

We left Amsterdam midmorning after a leisurely breakfast and headed towards Keukenhof. They make it super simple to get there – hope on a metro at the train station (because really, when it comes down to it, there’s only one station in Amsterdam.)

Keukenhof is known mostly for its massive tulip gardens – and rightfully so. They are *stunning*. However, like every good book and every human, there is more to Keukenhof than the tulips.

However, let’s start with those Tulips 😍

There are 800 varieties of Tulips in Keukenhof. Tulips originated in the Tian Shan mountain region of the Himalaya’s. On that long trip, they ended up coming to Holland by way of Turkey. Europeans, long known for naming things very obviously wrong (talking to you India Indians vs North America Native Americans 🙄) named these beautiful bulbs after the word for turban. They thought they looked similar enough so…. there ya go.

Tulip mania was a period in the early 1600’s (1636 – 1637 or so) when some tulip bulbs were selling for 10 times the annual income of a skilled crafsman. Apparently a lot of this was spurred by a continent wide depreciation of metal coins to fund warfare and so “manias”, or bubbles, of all kinds,

Besides all those tubular tubes, there were so many other flowers throughout the gardens. Hundreds of common hyacinths and grape hyacinths, those crazy vibrant blue anemone, irises, crocuses, and dahlias, oh my.

So many hyacinths! One of our favorite scents heralding spring

The World’s Only Living Goddess – The Kumari

All In. (aka Late Night Hot Spring Northern Lights)

Trip in Review: Our Favorite Meal